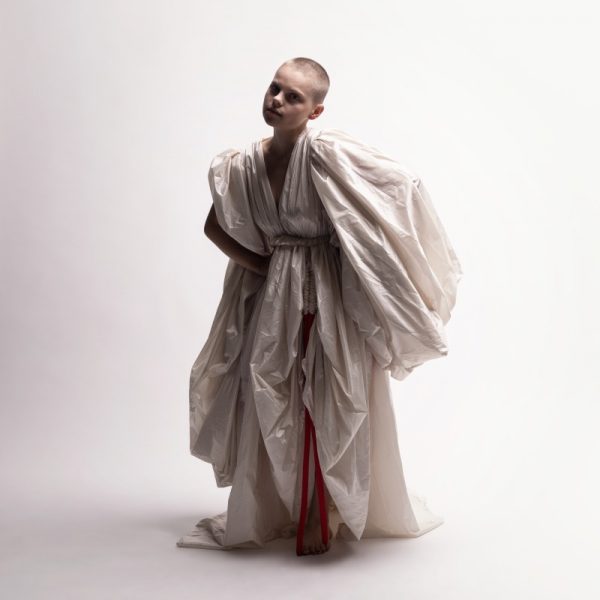 As an Irish composer of international acclaim, we are extremely proud and excited to welcome Ann Cleare to the Crash family.
Ann has been commissioned by Crash, along with Huddersfield Contemporary Music Festival and November Music, to write a new longform work for full ensemble.

We will spend time with Ann exploring the concept and presentation of her work alongside workshopping, rehearsing, investigating and experimenting all possible ways of presenting her work to audiences across the globe.

Here's what Ann had to say:
"I am thrilled and honoured to join Crash Ensemble as an Artist in Residence. From their performances of “Dorchadas” in Free State 2010 and in Composing the Island to collaborating on “Fiáin” for their 20th Birthday, Crash have brought great energy and vision to my work. I look forward to working together over the next years and to making all the exciting plans we have into a reality!"

Ann Cleare is an Irish artist working in the areas of concert music, opera, extended sonic environments, and hybrid instrumental design. Described as “an altogether different artform that draws from musical traditions, but pushes against and beyond them, articulating something that is at once about sound, but that is equally concerned with energy, motion, space, and the world itself”, her work explores the static and sculptural nature of sound, probing the extremities of timbre, texture, colour, and form. Exploring poetries of communication, transformation, and perception, she creates highly psychological and corporeal sonic spaces that encourage a listener to contemplate the complexity of the lives we exist within and “to hear the world differently”.

We are equally proud and excited to welcome violinist and composer Diamanda La Berge Dramm to the Crash family.

Diamanda is a musician with an international profile and a unique artistic voice. Having grown up among the leading figures of the Dutch classical, avant-garde and improvisation scene, Diamanda incorporates all of these elements into her work.

Diamanda will perform with us for the upcoming performances of The First Child, a new opera by Donnacha Dennehy /Enda Walsh at the Dublin Theatre Festival, and will feature as soloist with Crash in 2022/23.

Here’s what Diamanda had to say:
“I’m absolutely thrilled and honoured to be Crash Ensemble’s Musician in Residence. Having been a fan from afar, it’s such a pleasure to share real time and start a deep exchange. I feel a profound ally in Crash, both conceptually and in terms of sound sensibility. Can’t wait to play.”

Diamanda La Berge Dramm was born in Amsterdam in 1991 and began playing the violin at the age of four. Having grown up in the Netherlands among the leading figures of the Dutch classical, avant-garde and improvisational music scenes, she incorporates all of these influences into her own concerts. She studied at The New England Conservatory and The Royal Conservatory of The Hague. In April 2018, Diamanda became the first string soloist to win the Dutch Classical Talent Tour & Award. Other awards include the John Cage Award, the Nicolai Prize, the Kersjes Violin Award, and the Deutschlandfunk Förderungspreis. She has worked extensively with modern music luminaries such as Louis Andriessen, Christian Wolff, Alvin Lucier, Chaya Czernowin, and Georg Friedrich Haas. In 2018, together with Garth Knox, she released the Violin Spaces series: a brand new set of concert etudes focusing on extended techniques. Diamanda teaches these techniques in her international masterclasses. Her longtime collaboration with UK poet SJ Fowler resulted in the EP Beastings in 2019. As part of her residency at the Muziekgebouw Eindhoven, Diamanda created a project around Charles Ives’ Violin Sonata, No. 5, which included a CD and a corresponding website. 2021 saw the release of the album Inside Out on GENUIN Classics, with works by J.S. Bach and John Cage. As one of the founders of Splendor Amsterdam, she regularly gives and hosts concerts there.

Diamanda resides in Utrecht. She plays with an Andreas Grütter bow (2015) on an Andranik Gaybaryan violin (2014), purchased with the generous support of the Prins Bernhard Cultuurfonds and the Stichting Eigen Muziekinstrumentenfonds.