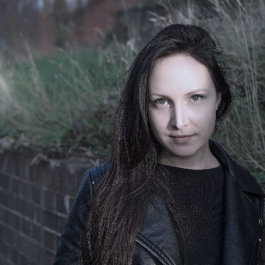 Eliza McCarthy is a London based pianist who spends her time playing new and experimental music. Winner of the 2013 British Contemporary Piano Competition, she performs in concert halls, art galleries and living rooms as a soloist and band member. She has had the great pleasure of working with, commissioning, premiering and recording works by many living composers including John Adams, Thomas Adès, George Crumb, Tansy Davies, Donnacha Dennehy, Andrew Hamilton and Laurie Spiegel. Recently she has been collaborating with Mica Levi (Under the Skin, Jackie) on an ever-growing series of solo piano works which were featured in David Byrne’s Meltdown festival at Southbank Centre and will be released in Autumn 2018 on Slip. Alongside her life as a performer, Eliza teaches Mindfulness-Based Stress Reduction at the Guildhall School of Music and Drama and University of Birmingham helping performers engage with fear, anxiety and depression. She is also a professor at GSMD teaching contemporary repertoire studies to pianists and musicianship for actors.